Celestron joins other product-based communities on the web with a new www.myskyscout.com community which concentrates on SkyScout enthusiasts and other fellow stargazers. Read on to check out more information about the site or check out Celestron.com to check out the latest products Celestron offers. 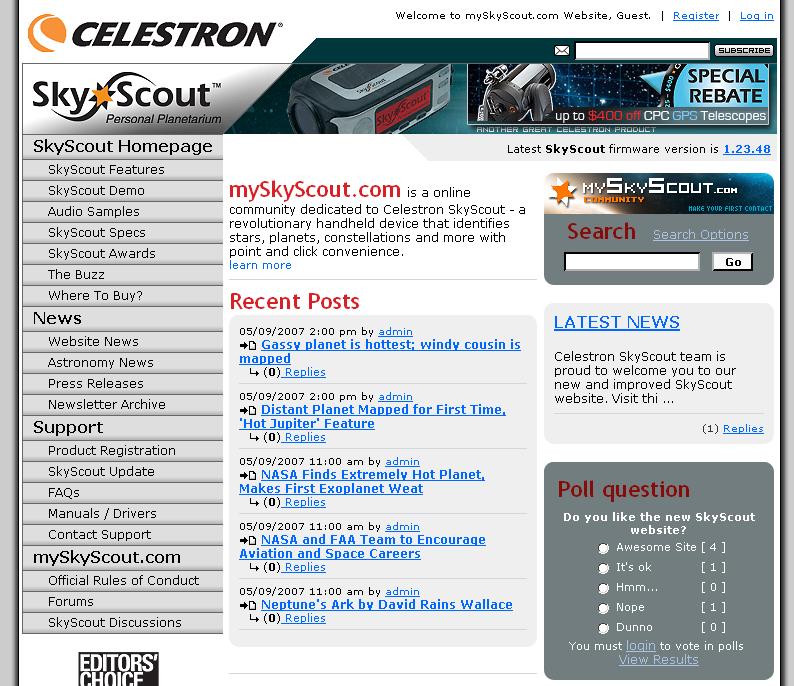 Designed to support the growing interest in astronomy and exploration created by the release of Celestronâ€™s SkyScout Personal Planetarium, a handheld device that identifies stars, planets, and constellations with point and click convenience, MySkyScout.com is a premier online companion to SkyScout owners and astronomy enthusiasts alike.