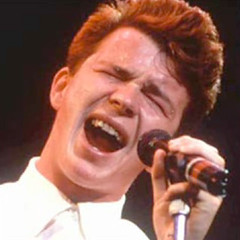 Have you been “Rickrolled” yet?

1980s pop star Rick Astley is now making headlines again after years in obscurity thanks to millions of Web surfers being Rickrolled by pranksters. Webmasters and bloggers are purposely redirecting unsuspecting Internet users to a video of Astley performing his hit â€œNever Gonna Give You Upâ€.

How does a Rickroll work? It’s basically a bait and switch. Let’s say I make a link that says Sexy Paris Hilton Video and you click on it. Instead of actually seeing Paris Hilton, you’d be directed to a Rick Astley music video. That’s a “Rick Roll”.

Tuesday YouTube decided to get in on the joke. Several links on the YouTube homepage purposely “Rick Rolled” users. Why? Tuesday just happened to be April Foolsâ€™ Day.

The act of Rickrolling has even evolved beyond cyberspace. Pawl Fisher, a student at Eastern Washington University (EWU), recently “Rick Rolled” a March basketball game at his school. Pawl actually taped parts of the video before the game and edited in some game footage. So he didn’t actually stop a game in progress. But it’s still really funny. Here’s the clip:

So what has this done to Astleyâ€™s record sales? They are way up. Even his iTunes sales are up. His record label is trying to get a re-release of Astley greatest hits album out not only to keep up with demand but to obviously cash in on the Rickrolling craze. Astley recently spoke to the LA Times and called the phenomena “bizarre” and only hopes that his daughter receives no embarrassment over it.

Personally I think it’s one of greatest phenomena ever to sweep the Internet. By the way, the error page for MethodShop is a “Rickroll”.

So the next time you randomly click on a link and see a short guy with red hair wearing a black shirt and a tan trench-coat singing… congratulations, you’ve been Rickrolled.